We have some great titles in our Ebsco eBook collection. With over 140,000 titles available, you're sure to find what you need for your research paper or something to read for fun. Check-out our newest titles below. 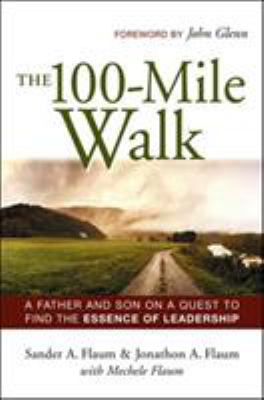 The 100-Mile Walk by Sander A. Flaum; Jonathon A. Flaum; John Glenn (Foreword by); Mechele Flaum
Each generation leads in its own way. But to progress together, they must find ways to bridge the divide between their perspectives. Recognizing that truth, a 65-year-old traditional CEO and his 35-year-old Zen entrepreneur son embark on a six-month-long, 100-mile walk. As they stroll the streets of New York and New Orleans, trek through the Blue Ridge Mountains, and hike along the Long Island coast, they talk about their experiences, their outlook on life and work, the achievements of leaders they have known, and how each views the nature and purpose of leadership. Ultimately, the two men agree on nine key traits and practices essential to all leaders - from principles and passion to performance and even paranoia - and on how leaders and aspiring leaders can follow them consistently. Father and son also discover a lot about each other, their relationship,and the way two generations set apart by so many differences can respect and learn from each other. 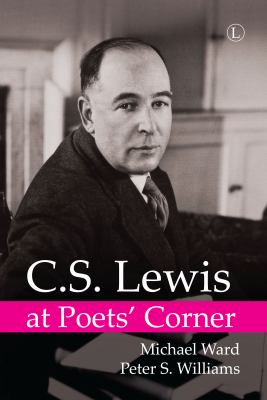 C. S. Lewis at Poets' Corner by Michael Ward (Editor); Peter S. Williams (Editor)
On the fiftieth anniversary of his death, C.S. Lewis was commemorated in Poets' Corner, Westminster Abbey, taking his place beside the greatest names in English literature. Oxford and Cambridge Universities, where Lewis taught, also held celebrations of his life. This volume gathers together addresses from those events into a single anthology. Rowan Williams and Alister McGrath assess Lewis's legacy in theology, Malcolm Guite addresses his integration of reason and imagination, William Lane Craig takes a philosophical perspective, while Lewis's successor as Professor of Medieval and Renaissance English, Helen Cooper, considers him as a critic. Others contribute their more personal and creative responses: Walter Hooper, Lewis's biographer, recalls their first meeting; there are poems, essays, a panel discussion, and even a report by the famous "Mystery Worshipper" from the Ship of Fools website, along with a moving recollection by Royal Wedding composer Paul Mealor about how he set one of Lewis's poems to music. Containing theology, literary criticism, poetry, memoir, and much else, this volume reflects the breadth of Lewis's interests and the astonishing variety of his own output: a diverse and colourful commemoration of an extraordinary man. 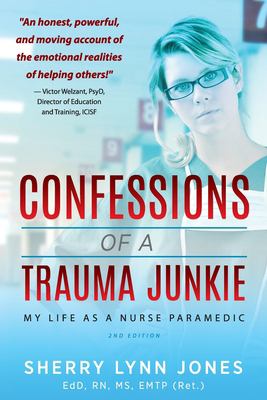 Confessions of a Trauma Junkie by Sherry Lynn Jones
Ride in the back of the ambulance with Sherry Lynn Jones Share the innermost feelings of emergency services workers as they encounter trauma, tragedy, redemption, and even a little humor. Sherry Lynn Jones has been an Emergency Medical Technician, Emergency Room Nurse, prison healthcare practitioner, and an on-scene critical incident debriefer. Most people who have observed or experienced physical, mental or emotional crisis have single perspectives. This book allows readers to stand on both sides of the gurney; it details a progression from innocence to enlightened caregiver to burnout, glimpsing into each stage personally and professionally.'Corrections': the third realm of emergency care behind layers of concrete and barbed wire. Join in the dangers, challenges, and truth-is-stranger-than-fiction humor of this updated and revised second edition of Confessions of a Trauma Junkie. Academic Freedom : The Global Challenge by Ignatieff, Michael Roch, Stefan
Academic freedom—the institutional autonomy of scientific, research and teaching institutions, and the freedom of individual scholars and researchers to pursue controversial research and publish controversial opinions—is a cornerstone of any free society. Today this freedom is under attack from the state in many countries—Russia, Turkey, Venezuela, Hungary, China—but it is also under question from within academe. Bitter disputes have erupted on American campuses, for example, about the limits of free speech and about whether liberal academic freedoms have degenerated into a form of coercive political correctness. Beyond the academy itself, among the general public, academic freedom is contested ground. As Robert Post of Yale Law School has put it, academic freedom is “the price the public must pay in return for the social good of advancing knowledge.” Populist currents of political opinion are questioning the price a society pays for the freedom of its ‘experts'and professors. 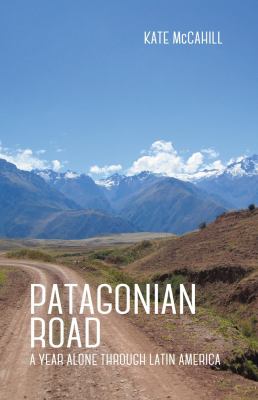 Patagonian Road by Kate McCahill
Spanning four seasons, 10 countries, three teaching jobs, and countless buses, Patagonian Road chronicles Kate McCahill's solo journey from Guatemala to Argentina. In her struggles with language, romance, culture, service, and homesickness, she personifies a growing culture of women for whom travel is not a path to love but to meaningful work, rare inspiration, and profound self-discovery. Following Paul Theroux's route from his 1979 travelogue, McCahill transports the reader from a classroom in a Quito barrio to a dingy room in an El Salvadorian brothel, and from the neighborhoods of Buenos Aires to the heights of the Peruvian Andes. A testament to courage, solitude, and the rewards of taking risks, Patagonian Road proves that discovery, clarity, and simplicity remain possible in the 21st century, and that travel holds an enduring capacity to transform. 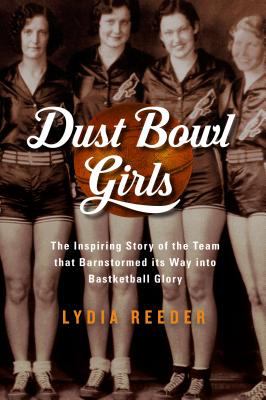 Dust Bowl Girls by Lydia Reeder
"A thrilling, cinematic story. I loved every minute I spent with these bold, daring women whose remarkable journey is the stuff of American legend." --Karen Abbott, New York Times bestselling author of Liar, Temptress, Soldier, Spy The Boys in the Boat meets A League of Their Own in this true story of a Depression-era championship women's team. In the early 1930s, during the worst drought and financial depression in American history, Sam Babb began to dream. Like so many others, this charismatic Midwestern basketball coach wanted a reason to have hope. Traveling from farm to farm near the tiny Oklahoma college where he coached, Babb recruited talented, hardworking young women and offered them a chance at a better life: a free college education in exchange for playing on his basketball team, the Cardinals.   Despite their fears of leaving home and the sacrifices that their families would face, the women joined the team. And as Babb coached the Cardinals, something extraordinary happened. These remarkable athletes found a passion for the game and a heartfelt loyalty to one another and their coach--and they began to win. Combining exhilarating sports writing and exceptional storytelling, Dust Bowl Girls takes readers on the Cardinals' intense, improbable journey all the way to an epic showdown with the prevailing national champions, helmed by the legendary Babe Didrikson. Lydia Reeder captures a moment in history when female athletes faced intense scrutiny from influential figures in politics, education, and medicine who denounced women's sports as unhealthy and unladylike. At a time when a struggling nation was hungry for inspiration, this unlikely group of trailblazers achieved much more than a championship season. 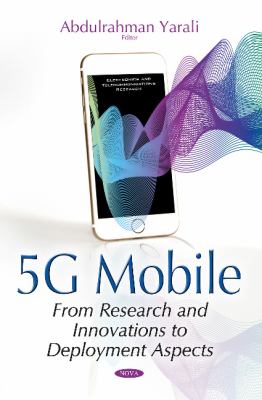 5G Mobile by Abdulrahman Yarali
This book is intended for senior undergraduate and graduate students, as well as practicing engineers and managers who are involved in research, design, implementation and analysis of a higher generation of wireless mobile communications systems. In this book, there are thirteen chapters which cover the wireless networking evolution and technological advancements toward 5G. Although current technologies like 4G LTE-A are available to us, the staggering increase in the number of people moving towards mobile broadband for multiple services and other value added services is becoming a challenge for the service providers to keep up with all aspects of the markets comprehensive needs; this capital-intensive investment industry possesses tensions that exist between performance factors vs cost, availability and efficiency. 5G systems are expected to provide a huge leap in the technology world with an infrastructure that will expedite the growth, connectivity and smartness of all types of devices, with significant increase in capacity and interoperability while maintaining a high quality of services (QoS). The major difference between this new generation and 4G LTE from a consumer point of view is not just a higher data rate requirement, but also to provide seamless access and enhanced personalised services while protecting their privacy and personal information. The author is very pleased that the technology, academia, and industry communities are discussing this important and fast growing industry, and he is certain that the content of this book will shed some important light on this subject. The chapters presented in this book discuss visions, research, design and implementation of various aspects of 5G wireless networking and applications. The challenges faced in providing a new platform, business models, radio access, and billions of device connectivity in the near future with unseen applications and services to meet user experiences ubiquitously and securely are also presented. 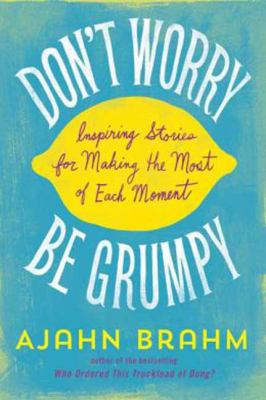 Don't Worry, Be Grumpy by Ajahn Brahm
Laugh aloud even as you look at life anew with these stories from the bestselling author of Who Ordered This Truckload of Dung? In 108 brief stories with titles like "The Bad Elephant," "Girlfriend Power," and "The Happiness License," Ajahn Brahm offers up more timeless wisdom that will speak to people from all walks of life. Drawing from his own experiences, stories shared by his students, and old chestnuts that he delivers with a fresh twist, Ajahn Brahm shows he knows his way around the humorous parable, delighting even as he surprises us with unexpected depth and inspiration. 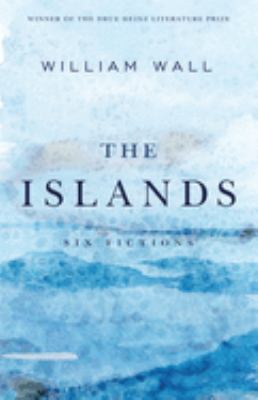 The Islands by William Wall
WINNER OF THE 2017 DRUE HEINZ LITERATURE PRIZE Selected by David Gates   William Wall is the first international winner of the Drue Heinz Literature Prize.   "Suddenly I see weeks that are like years stretch out before me. Islands are, more than anything else, places of deprivation." Jeannie, one of the sisters featured in The Islands, comes to this realization at the age of six or seven, as her father leaves their island home yet again to work on his latest book. In this collection of interconnected stories, the beautiful and ravaging forces of sea and land collide with the forces of human nature, through isolation and family, love and loss, madness and revelation. The stories follow the lives of two sisters and the people who come and go in their lives, much like the tides. Dominated by the tragic loss of a third sister at a young age, their family spirals out of control. We witness three stages of the sisters' lives, each taking place on an island--in southwest Ireland, southern England, and the Bay of Naples. Beautifully and sparsely written, the stories deeply evoke landscape and character, and are suffused with a keen eye for detail and metaphor. 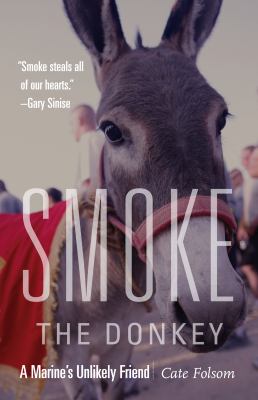 Smoke the Donkey by Cate Folsom; Robert R. Ruark (Foreword by)
On a U.S. military base near Fallujah in war-torn Iraq, Col. John Folsom woke up one morning to the sound of a small, scruffy donkey tied up outside his quarters. He was charmed by this scrawny animal with a plaintive expression. Folsom and his fellow Marines took in the donkey, built him a corral and shelter, and escorted him on daily walks. One night, hanging out with the Marines as they relaxed after work, the donkey snatched someone's lit cigarette and gobbled it up, to the laughter of all. Suddenly, the donkey had a name: Smoke. More than a conversation topic for troops connecting with families back home, Smoke served as mascot, ambassador, and battle buddy.   Smoke the Donkey recounts the strong friendship between Colonel Folsom and this stray donkey and the massive challenges of reuniting Smoke with Folsom in the United States following Folsom's retirement. After being given to a local sheik, Smoke wandered the desert before Folsom rallied an international team to take him on a convoluted journey to his new home. The team won a protracted bureaucratic battle to move Smoke from Iraq to Turkey, only to face a tougher fight getting him out of Turkey. Once in the States, Smoke became a beloved therapy animal for both children and veterans. Smoke's story, while tinged with sadness, speaks to the enduring bond between a man and an animal, unbroken by war, distance, or red tape.
Add a Comment